Our day trip to Nikko started with our guide Miki meeting us at our hotel. She led us to the subway towards Tokyo station. At Tokyo Station we boarded the Shinkansen, the Bullet Train, to Omaya. While we didn’t hit 199 mph, we did make it up to a respectable 145mph. In Omaya, we switched trains and headed to Nikko. 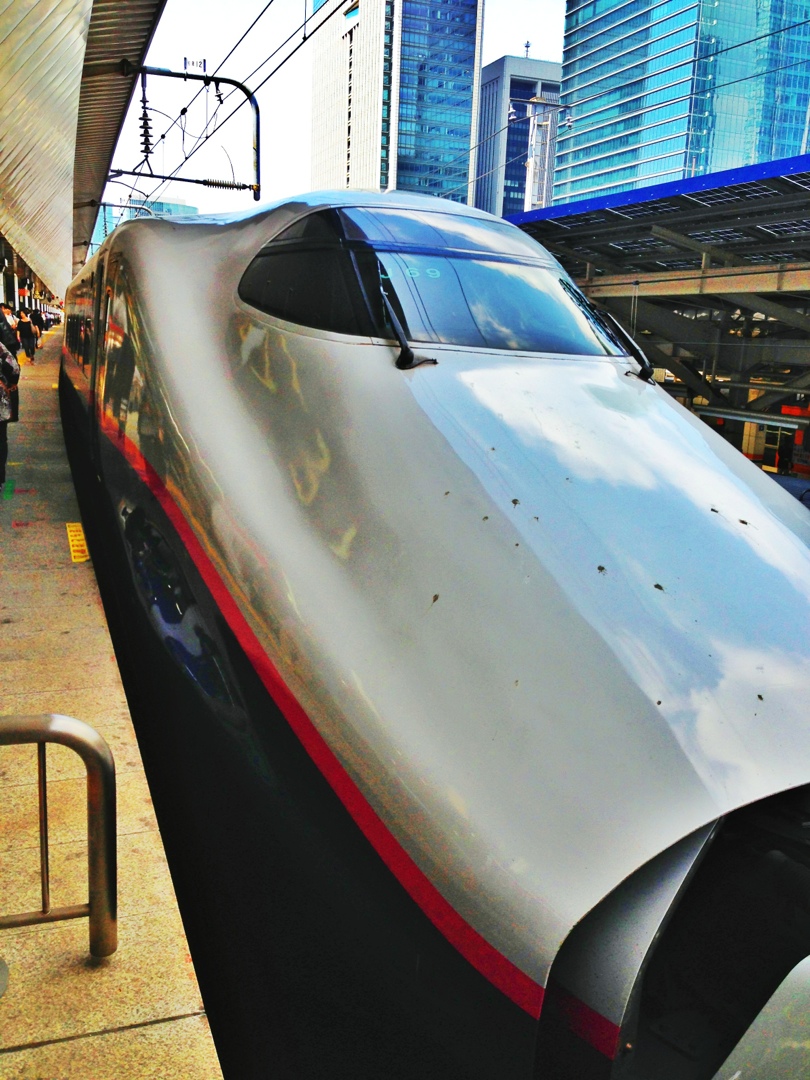 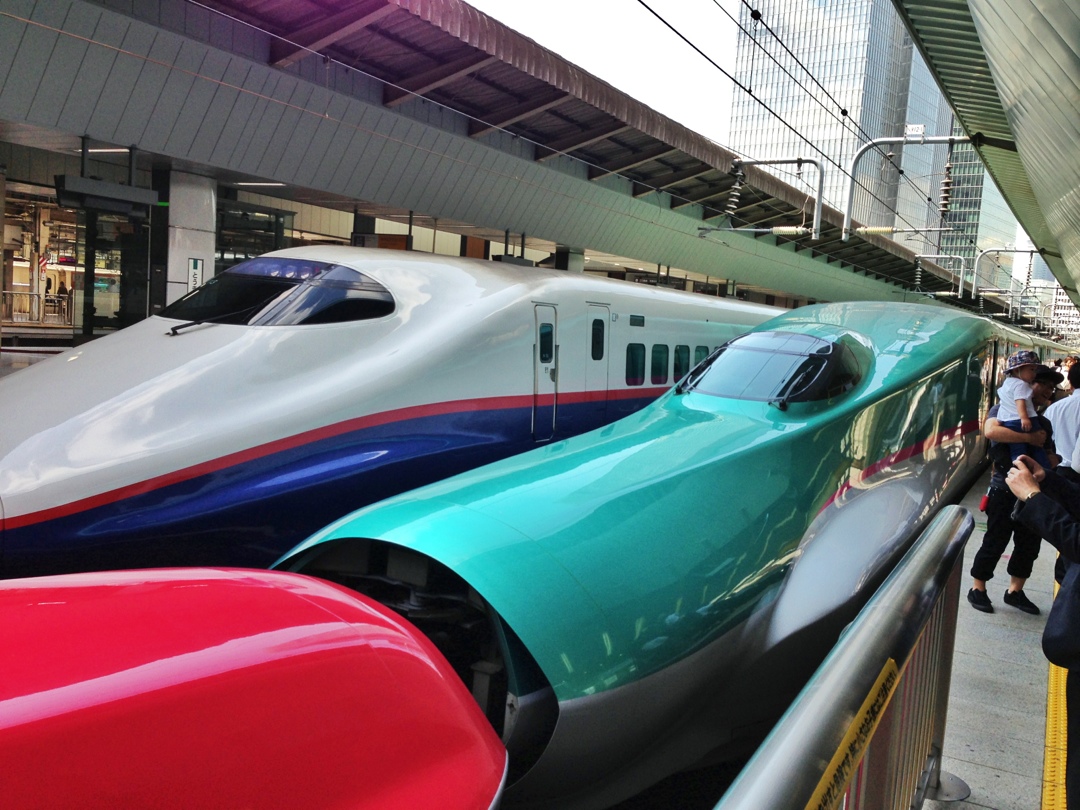 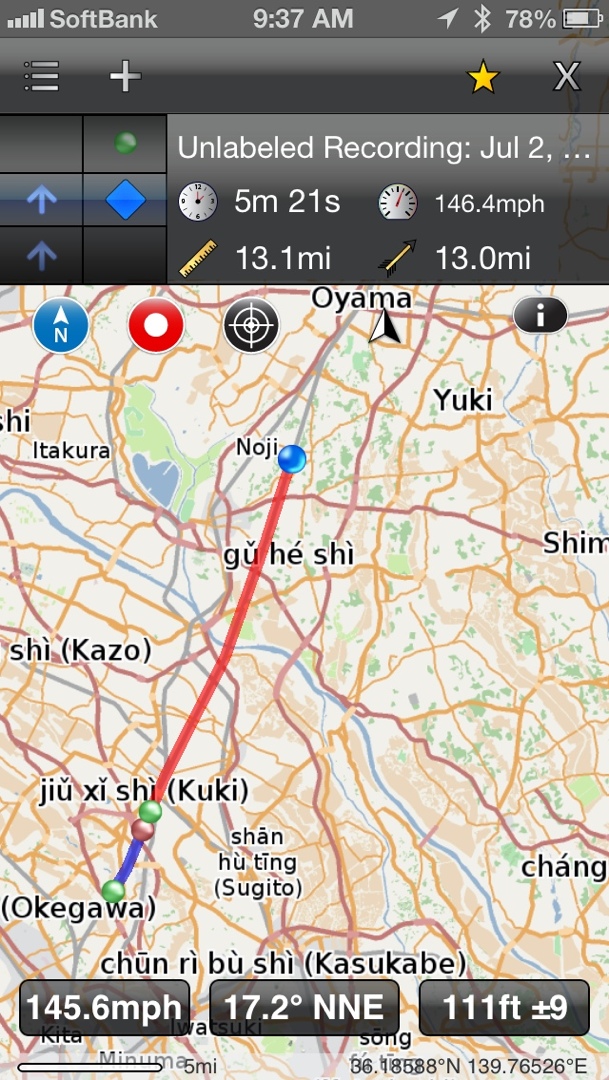 Nikko is home to the famous Shinkyo (Sacred) Bridge. Ancient lore has it that this bridge was created when a priest prayed to cross the river. A giant god appeared with two snakes and threw them across the river, forming a bridge. 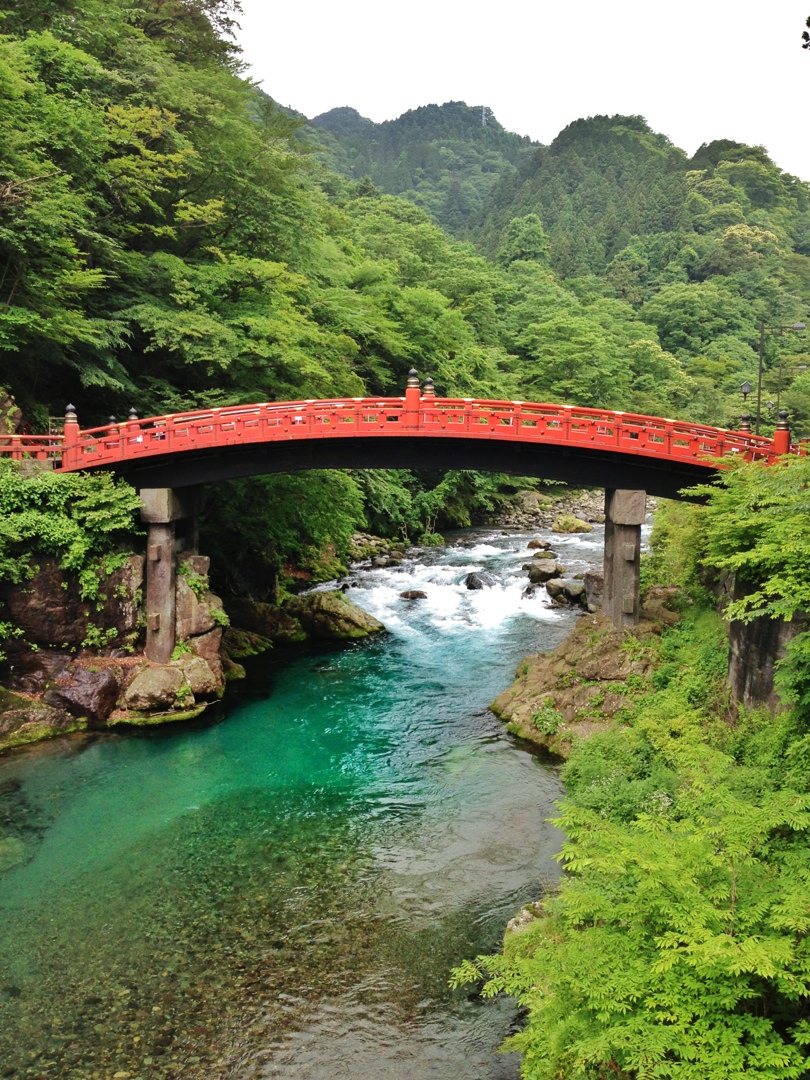 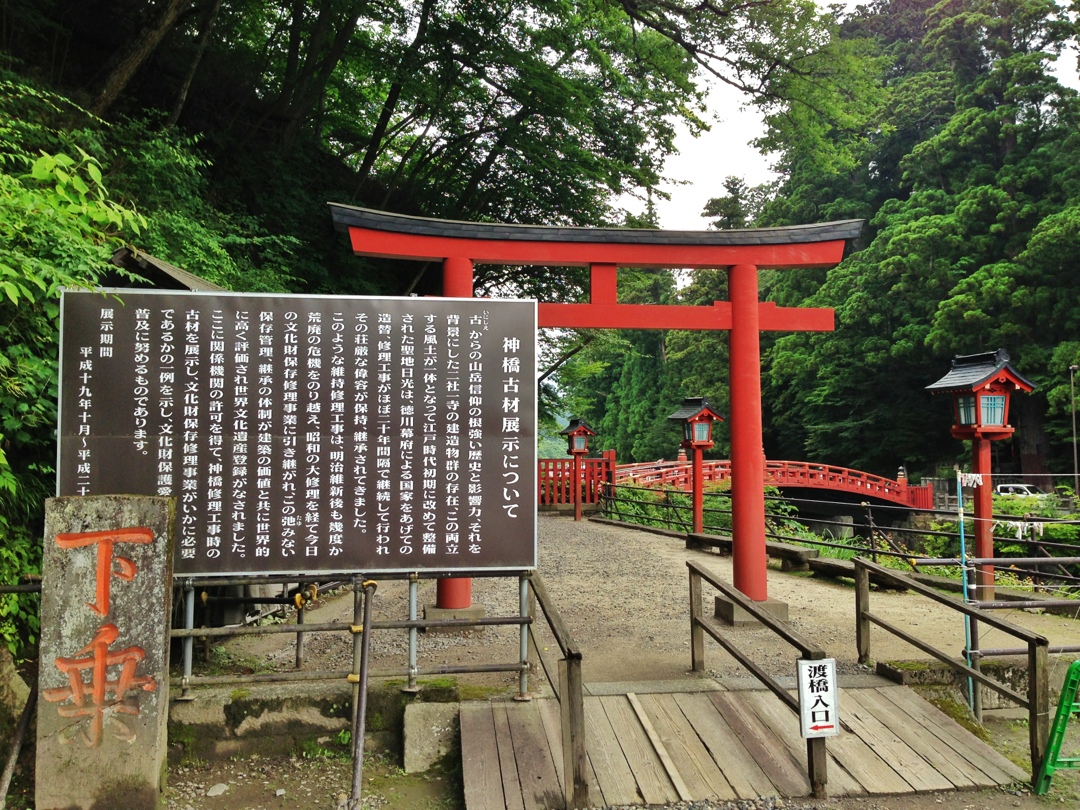 The walk down to the bridge is quite steep, but very peaceful. The grounds are green and lush. 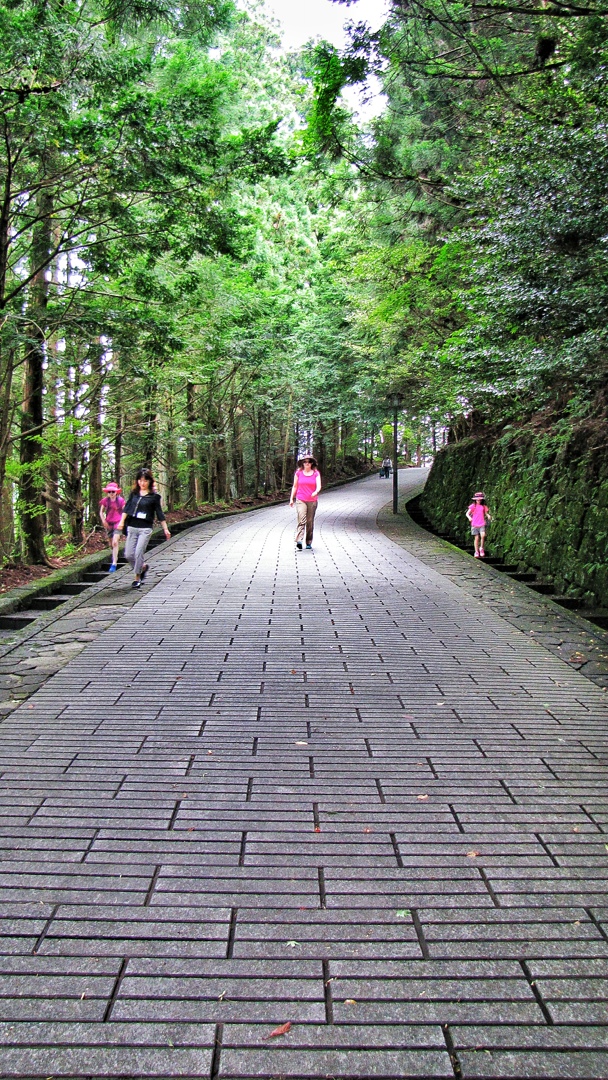 There are two Shinto shrines and one Buddhist temple. One of the shrines called Tōshō-gū is a mausoleum for a shogunate, or shogun warlord. It was built in 1617. 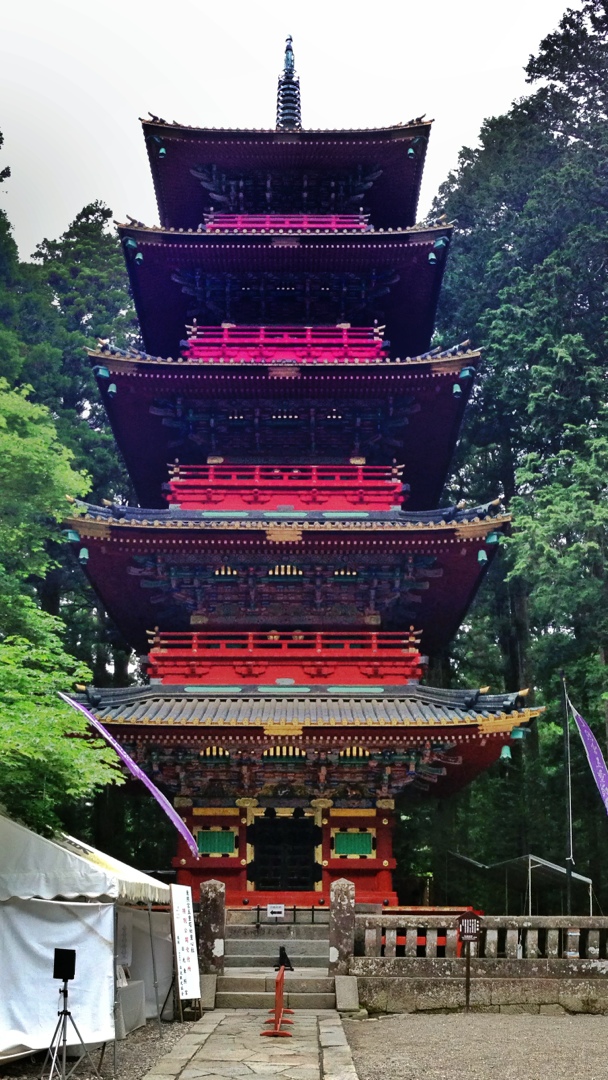 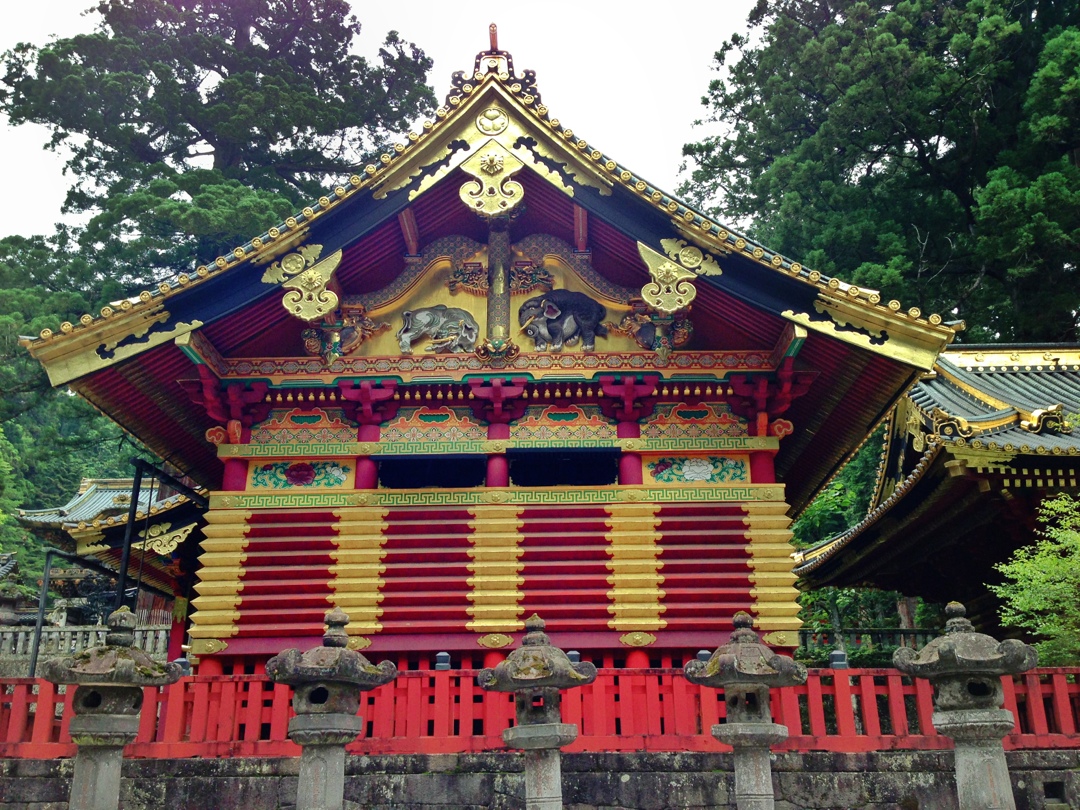 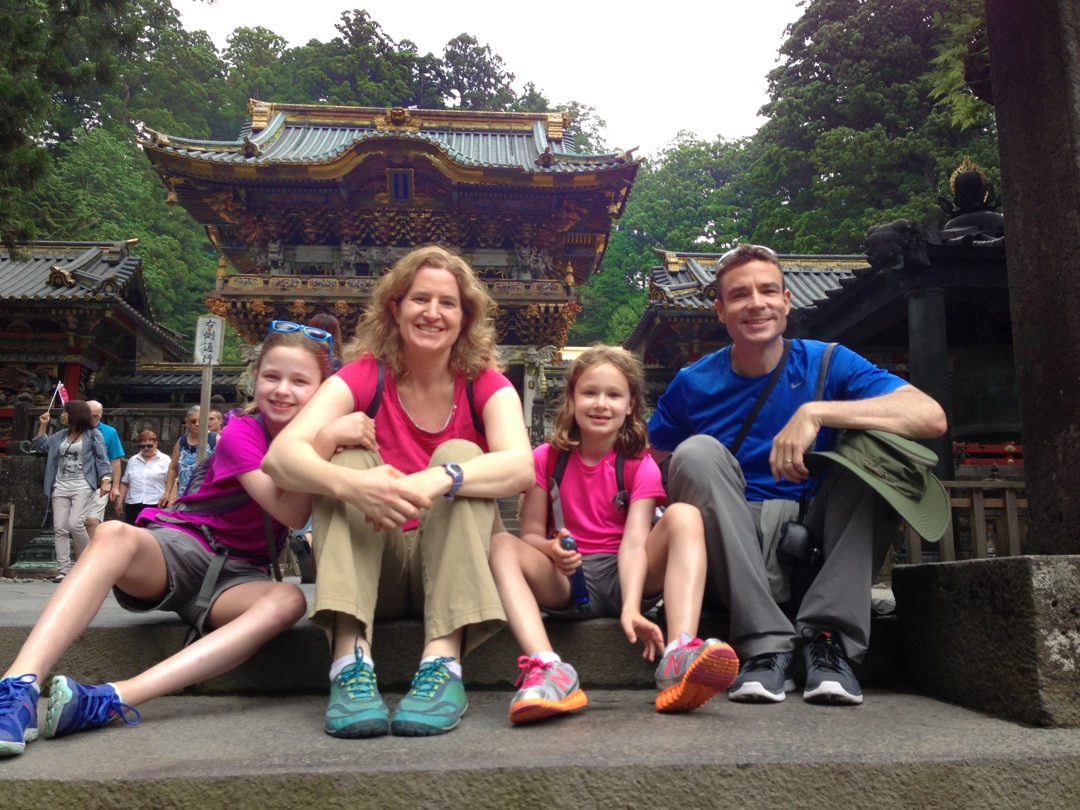 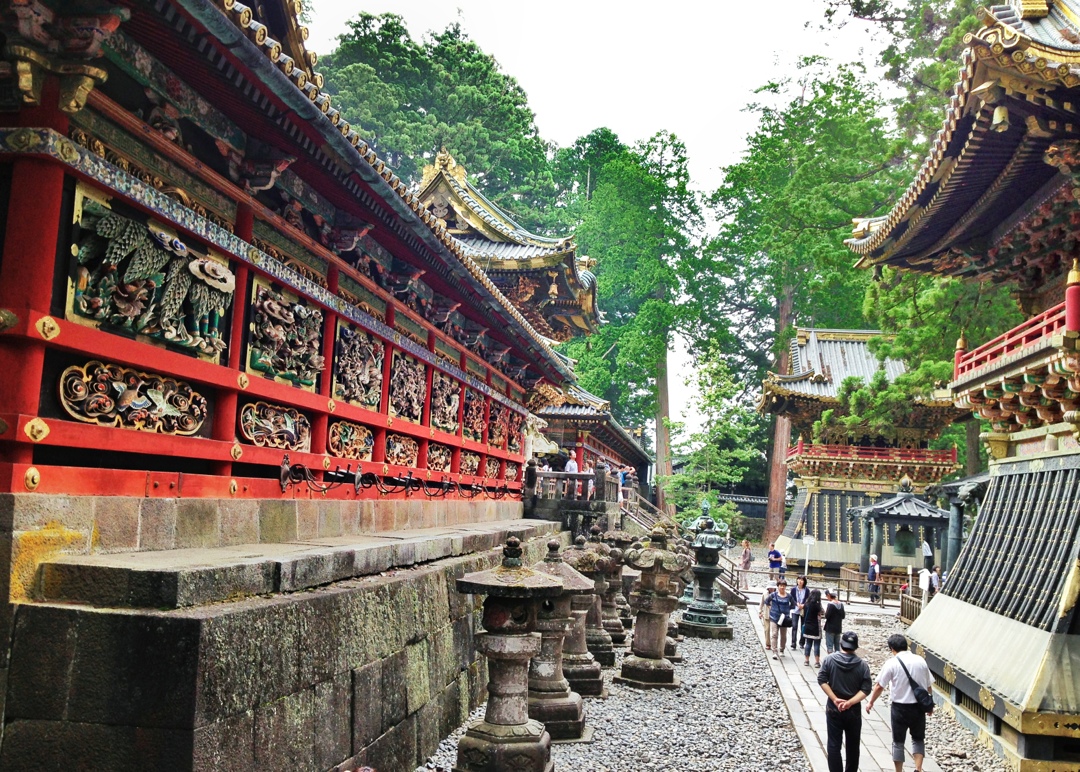 Nikko is also home to some famous monkeys who adorn one of the buildings: Hear No Evil, Speak No Evil, See No Evil. . 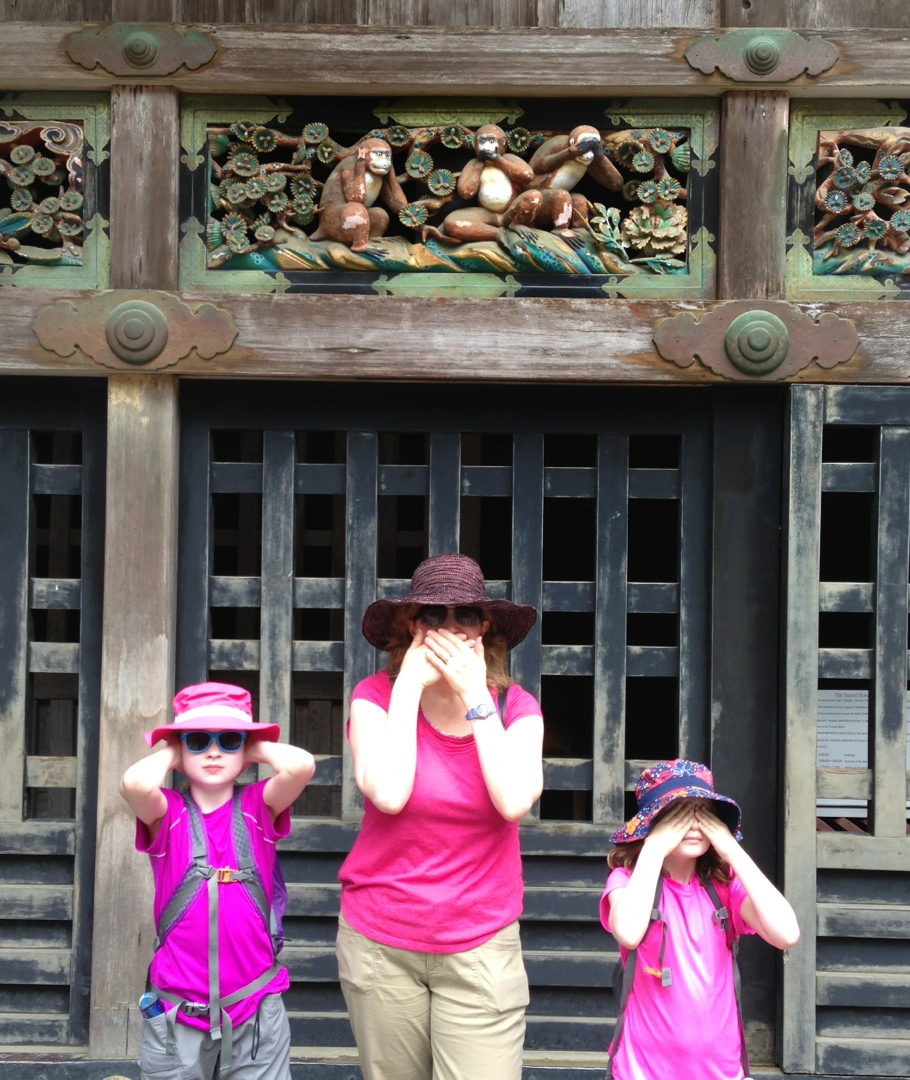 The Buddhist temple called Rinnō-ji was founded in 766. It has been undergoing renovation since 2010 and will not be completed until 2020. To accomplish this decade-long task, they have built a massive semi-permanent warehouse over it.

We had a big tempura lunch at a nearby restaurant. Unfortunately, we did not have enough cash to pay for the lunch.  Miki graciously offered to pay it and let us pay her back. Japan is a very cash-centric country, relying on cash over credit cards. Who knows if it’s because of the service charges or because the culture is more fiscally conservative. Following lunch, we decided that we were temple-and-shrined-out and made our way to the train. The ride back to Tokyo was uneventful. We took the more direct non-Shinkansen train. Again, we deferred a stop in Akihabara for a dip in the Peninsula’s lovely pool. We bid goodbye to Miki and thanked her for a great day in the countryside. 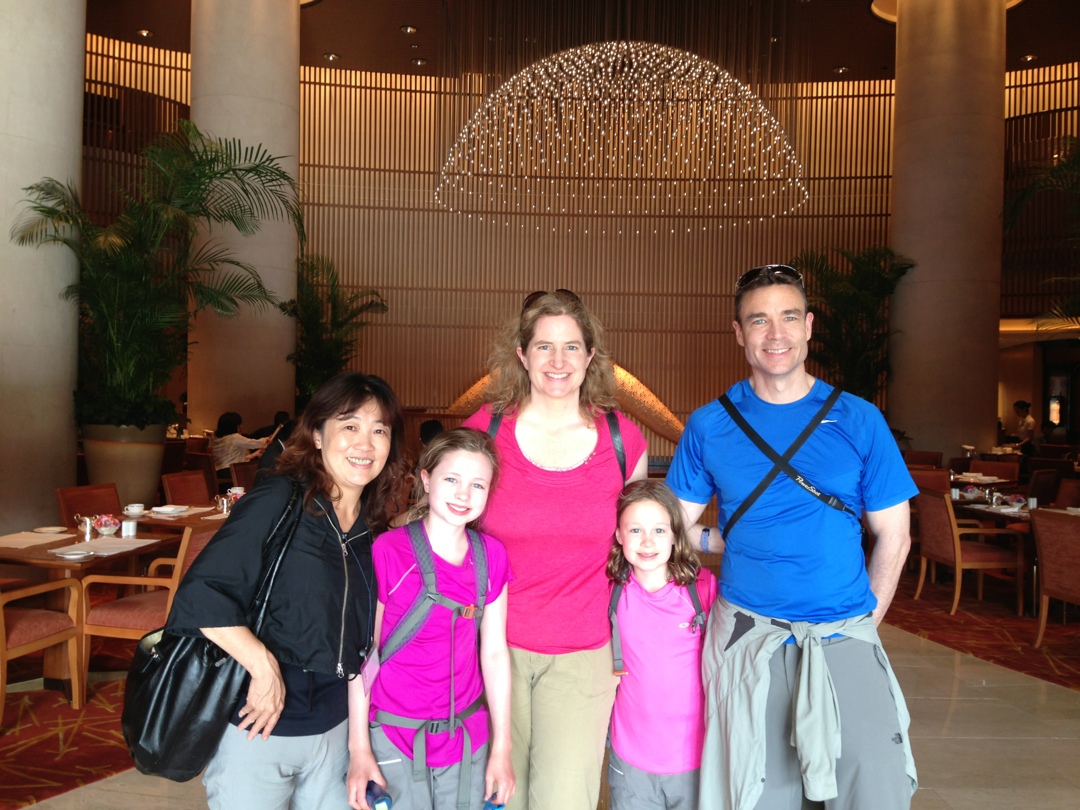