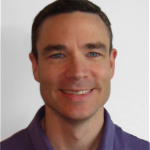 Mike is a San Francisco bay area native. By day he works as an engineer designing new consumer products, and by night he’s busy planning family trips. He was fortunate to take several international trips as a kid including a cruise to St. Thomas, Saba, Nevis, St. Kitts, Antigua, Martinique, Bequia, Tobago Cays, and ending in Barbados; a month long trip to Australia planned solely by his mother (in 1977 no less!) to Sydney, Perth, Ayers Rock, Heron Island, and Melbourne; a week long stay in Kingston, Jamaica; and several trips to the Hawaiian Islands (internationally domestic).

He went east for undergrad and further east for graduate school, but boomeranged back to the bay area in 2000 where he settled down with his wife. Along the way, he added an orange dog and two awesome daughters.

Fast forward 13 years and he’s traveled with his wife as a couple to Tahiti (Moorea, Rangiroa, Manihi, and Bora Bora), Costa Rica, Iceland, Western Europe (France, Germany, Switzerland, Belgium), and Canada (Calgary Stampede, Banff, and Lake Louise). Among all this they also found time to go backpack and camp in the backcountry in Denali National Park in Alaska, as well as backpack in the Cascades (Washington) and the Wind River Range (Wyoming).

They have traveled as a family to Mexico (Cabo), the Bahamas, England, France, Italy, and Switzerland, and most recently on a cruise to the Domincan Republic, Aruba, and Curacao.

We hope you will travel along with them on their adventure! 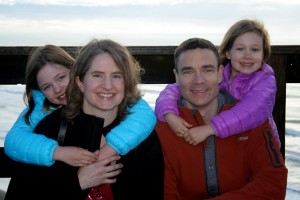