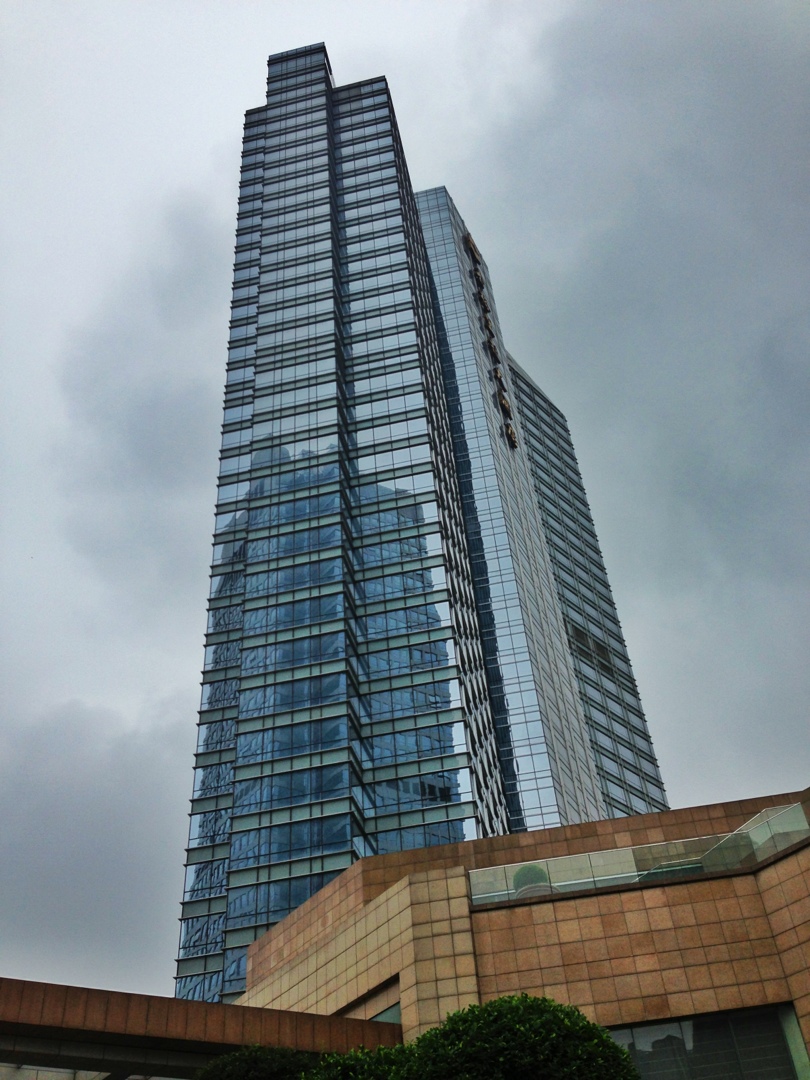 We stayed one night at the Shangri-La in Chengdu.   It is centrally located in Chengdu and stands over the river that runs through the city.  It is 36 floors of gleaming glass.  Our expectations were exceeded at this grand hotel.

We had arranged to have a car pick us up at the airport–which was fortuitous as it was still raining heavily.  The driver and concierge who picked us up were helpful and brought us umbrellas to walk out to the van.  Once inside the van, we were handed washcloths to mop off. 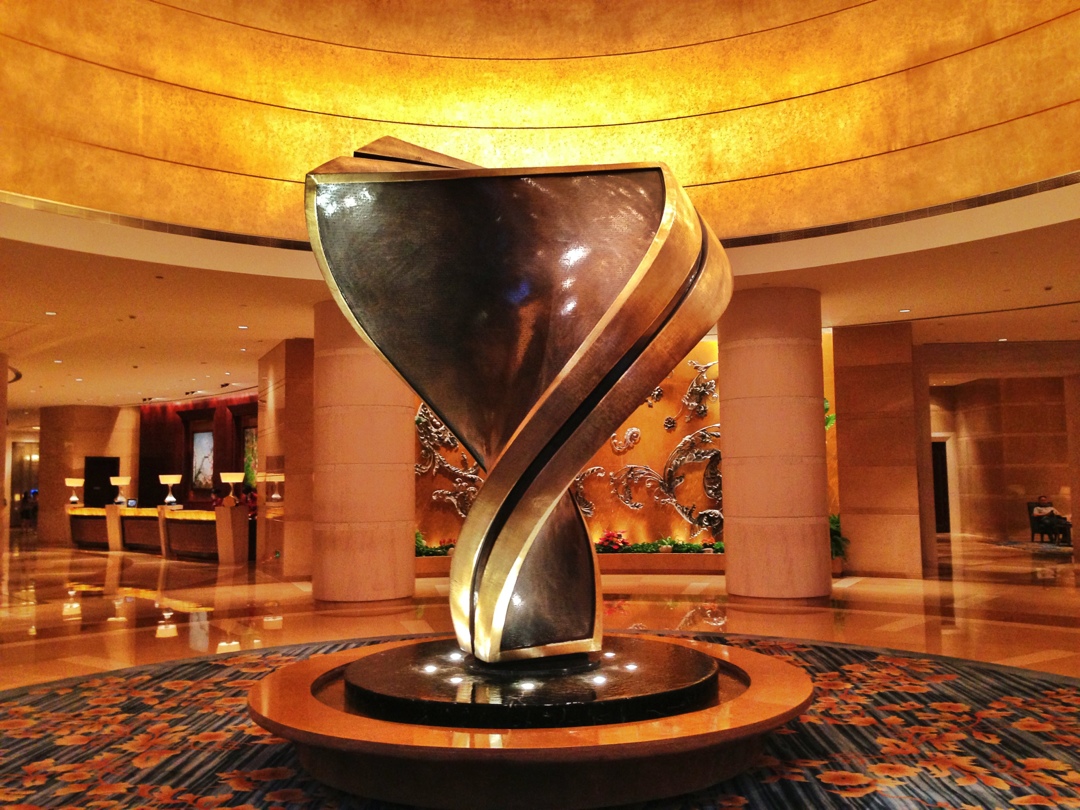 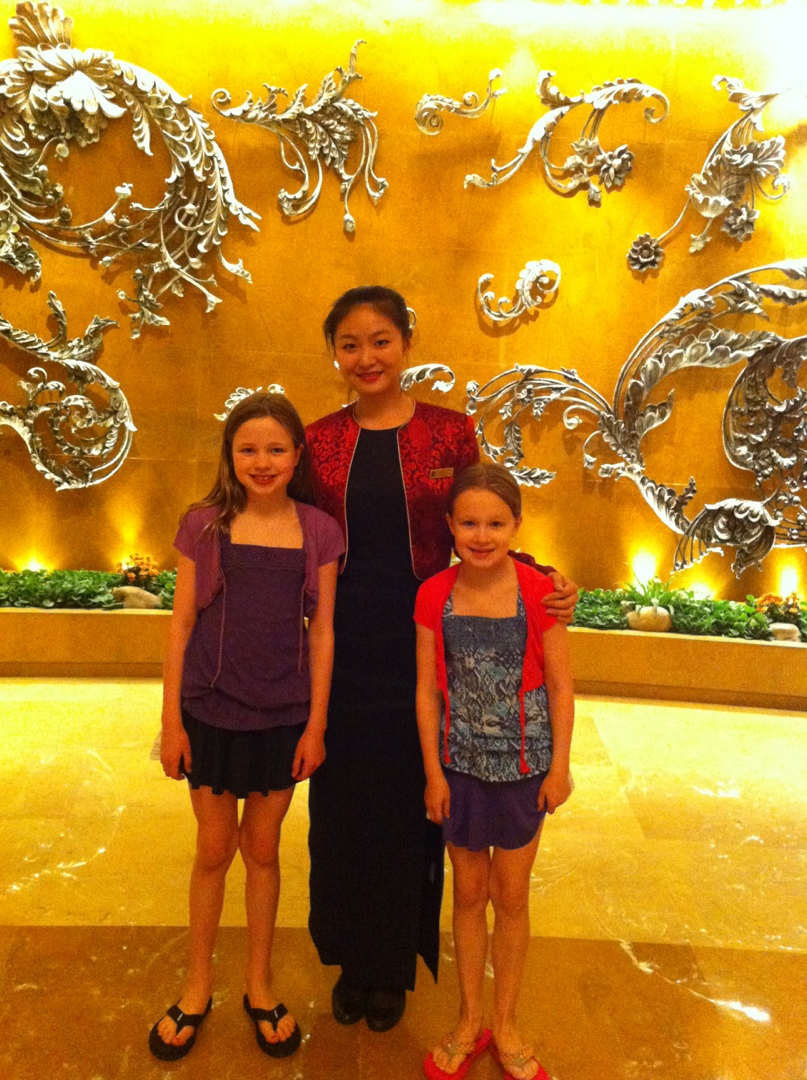 The lobby to the hotel is impressive with a large central sculpture and water wall.
We were greeted at the front door by Vera, who works for guest relations.  She escorted us directly to our room on the 21st floor where she checked us in via her tablet.  She gave each of the girls panda bears which were much appreciated.

The room, beds and bathroom were nice.  The Shangri-La accommodated our request for an extra bed.  Some of the other hotels, such as the Intercontinental in HK) did not (note the extra bed to squeeze 4 of us into this room). This worked out well and saved us from having to pay for a suite or two rooms.

The view, which was still quite wet, was off the back side of the hotel and was somewhat gray, but it gave us a nice light show when it was dark:

Moving on Up (Horizon Club)

We were upsold to the Horizon Club for an extra $100USD which gave us afternoon tea, cocktail hour, and breakfast on the 36th (top) floor.

This served us for an afternoon snack, heavy appetizers later (which turned into dinner for us), breakfast the next morning, and a pre-flight snack. 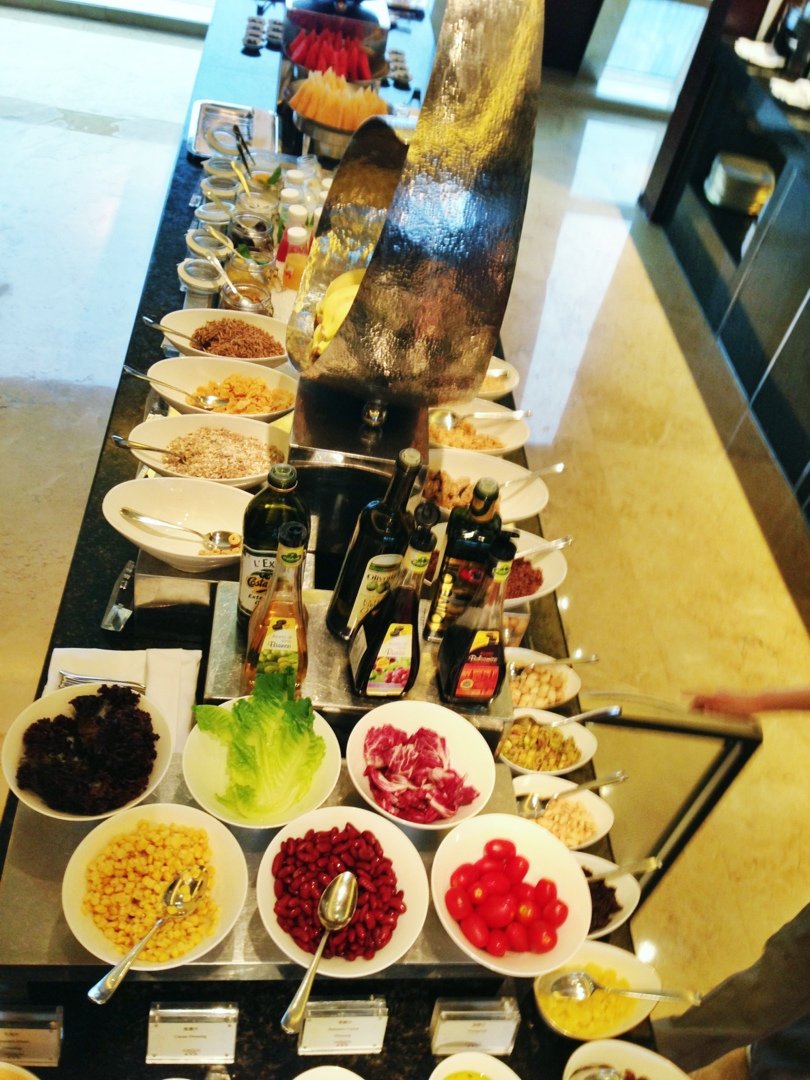 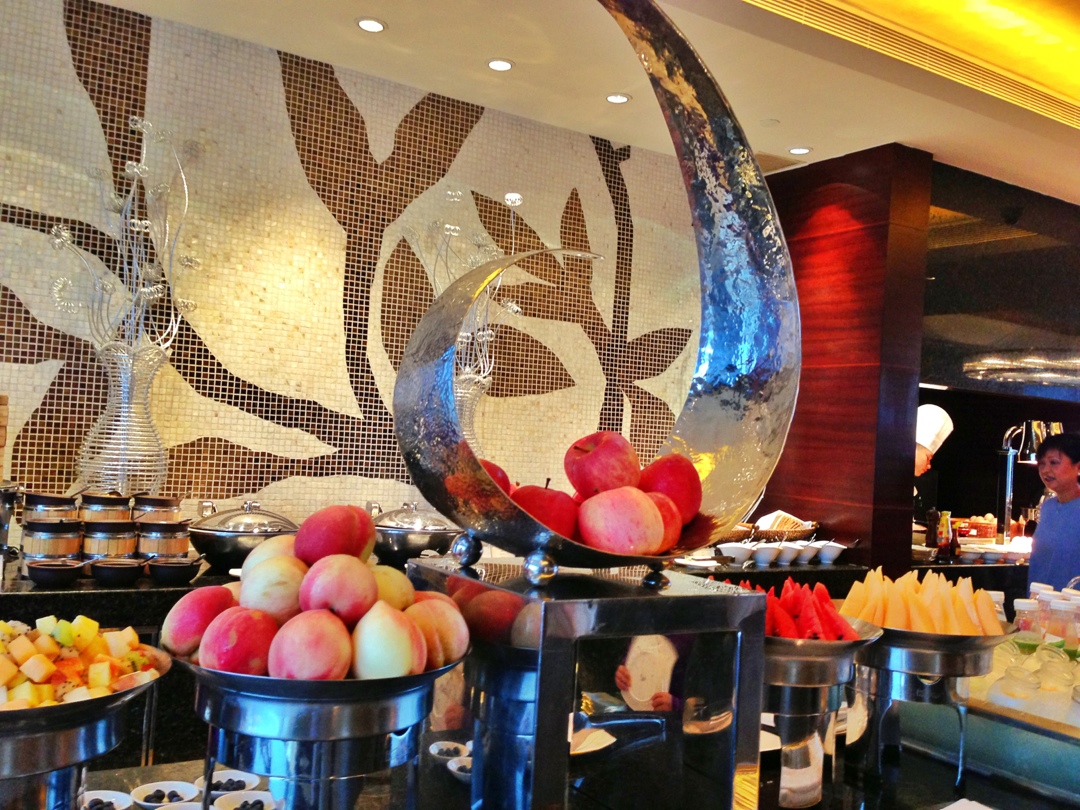 Breakfast and other snacks were tasty at the Horizon Club.  It was a little like our own private dining area as it was not very crowded.

We headed off for a swim in the pool which was very nice.  Skylights let in natural light as the blue of the pool lights reflects on the ceiling.

What was really amazing was the 14’x14′ jacuzzi in the locker room with chaise lounge seating, steam room, and sauna.  All a nice relaxing bit after a few days at high altitude.

That night, we explored the hotel, checked out the small mall below it, and finally settled down to listen to piano and enjoy a nice view and some complimentary tea while the girls read their Kindles. 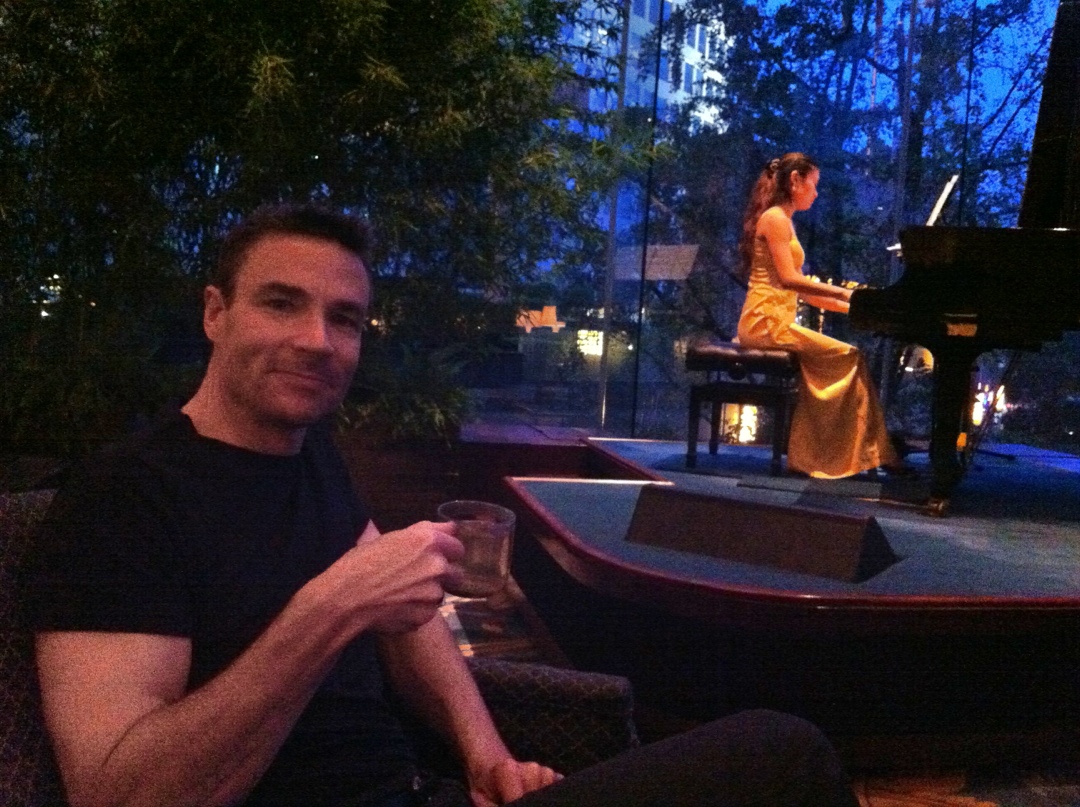 We were able to secure a late checkout at 2pm so that we could see the pandas in the morning, return for lunch, a swim, a shower, and a snack on the 36th floor before heading to the airport.