We took Travelience‘s West Tokyo Tour. We were met at the Asakusa Cultural Center by Naoaki (the owner and CEO of Travelience) and our guide for the day, Michiyo. A friend suggested that we visit the Ninja Restaurant, and Nao was kind enough to make the reservations for us. When we arrived, he handed us a map and directions to Ninja.

We opted for a group tour because it was less expensive and hit all the sights that we wanted to see (except Akihabara), but it turned into a private tour after just one hour! There was one no-show, and the couple with us had other plans after the first hour, so we had Michiyo all to ourselves.

Michiyo was a flight attendant for a number of years and has flown all around the world. She has also worked as a translator and now works as a guide.
Our first stop was Asakusa with its the Sensō-ji Buddhist Temple founded in 628 and the adjacent Asakusa Shinto shrine founded in 1649.

The 5-tiered pagodas represent Earth (bottom), Water, Fire, Wind, and Sky (top). There is an internal pendulum that helps to stabilize it during earthquakes. The new Tokyo Skytree (tallest broadcasting tower in the world (640m) uses the same pendulum principle. 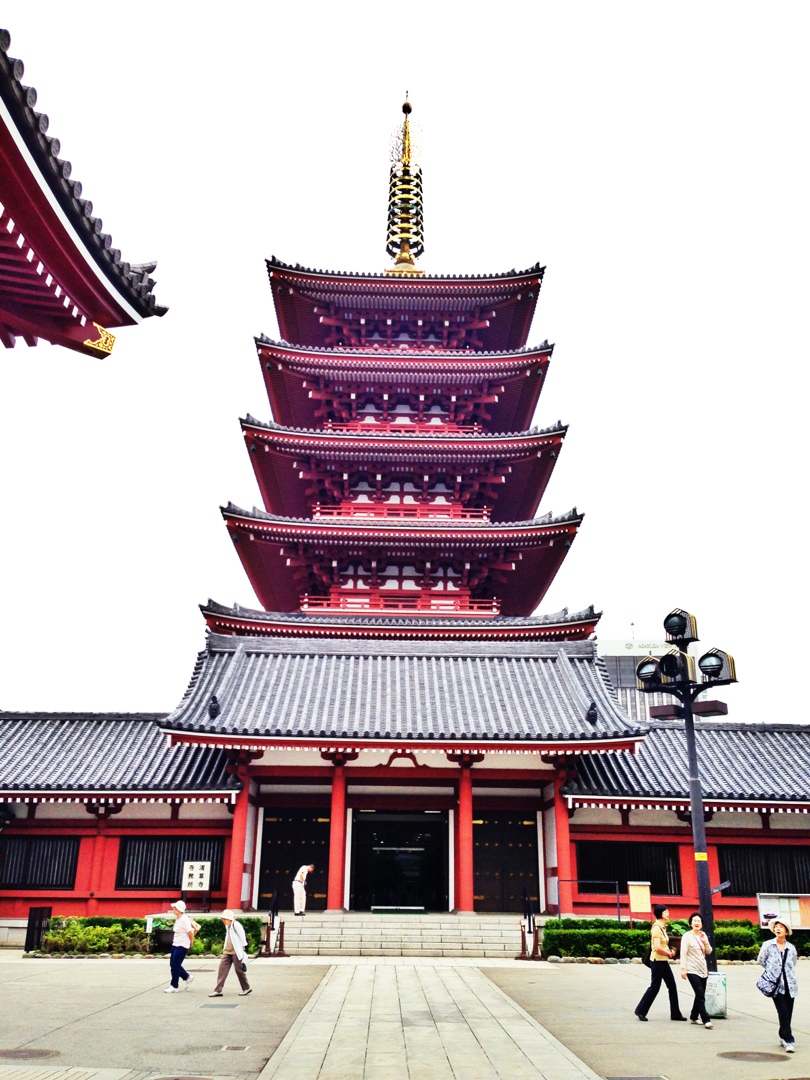 Shintoism believes in harmony with nature. The gates are very simple and less ornate. Hay symbolizes rain, and while ribbons of fabric represent lightning and thunder. 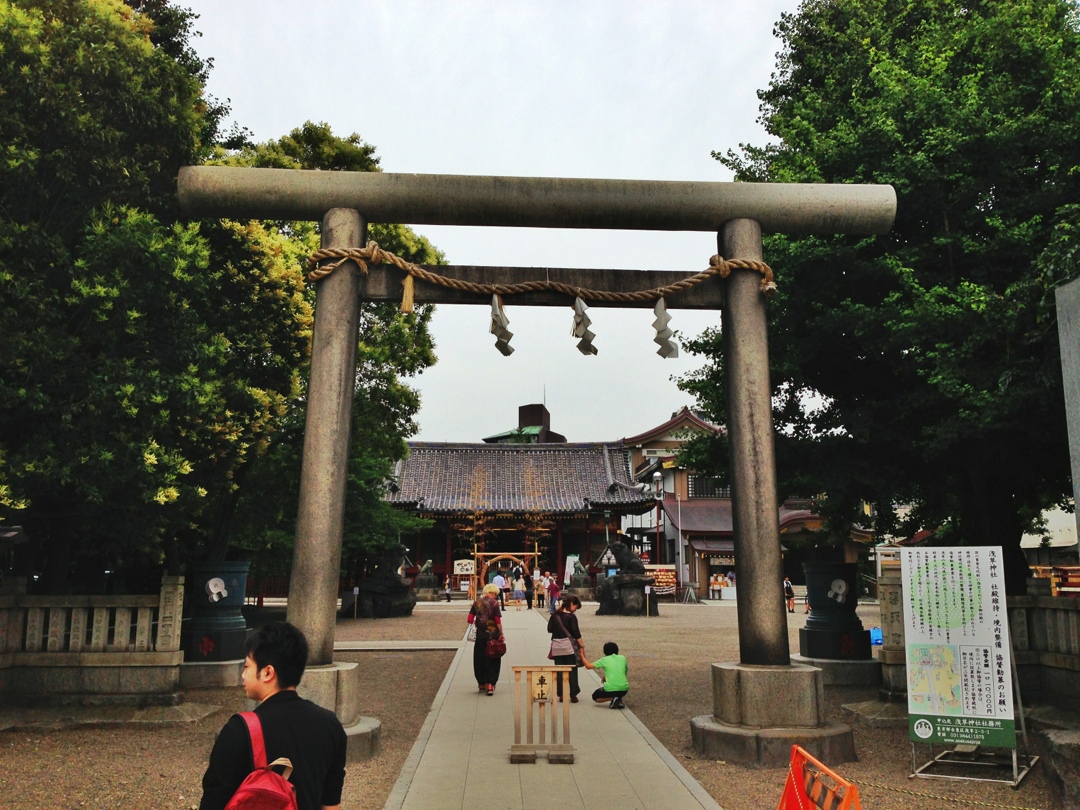 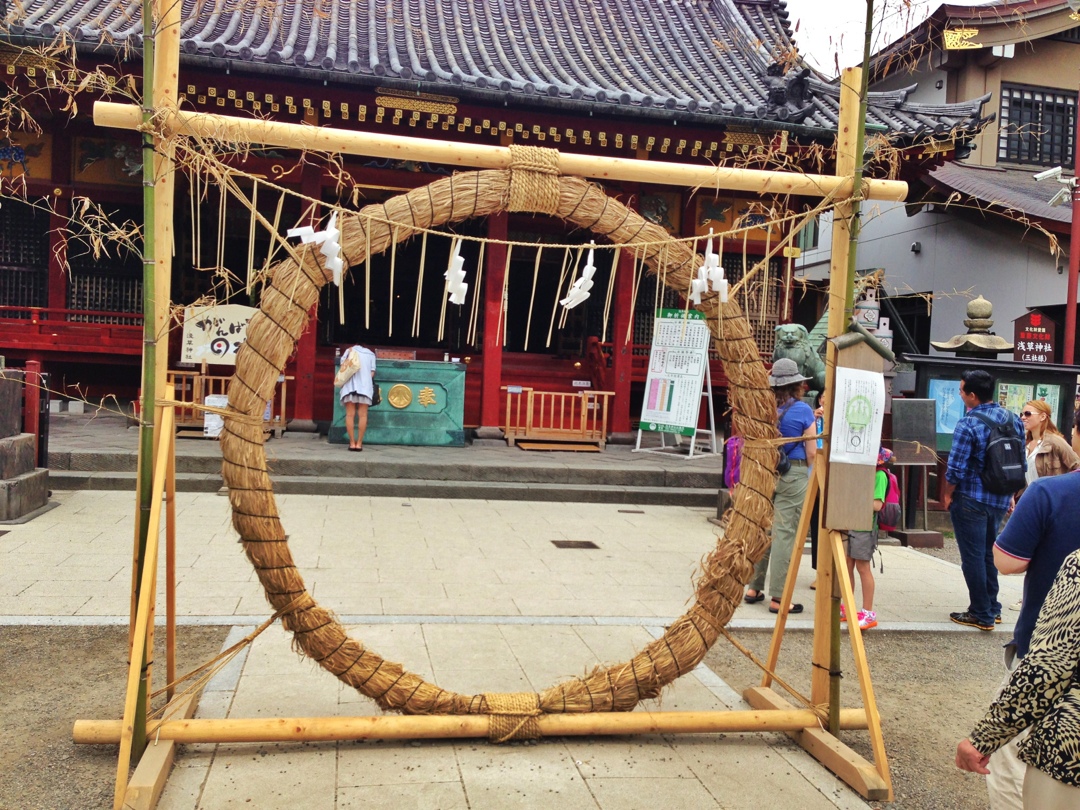 There are many opportunities in this culture to pray or pay for good fortune. You can waft smoke from the incense (breath of Buddha) towards you (i.e. at your head to make you smart) or at an ailment (i.e. at a bad knee) to help cure it. You can pay for a numbered stick which refers to a numbered drawer which holds a fortune. Buyer beware because not all fortunes are good! If you get a bad fortune, you tie it to a rack. You can also purchase a tag to write a good wish on and hang on a tree or buy a wooden plaque and hang it on a rack. There is no shortage of luck-making opportunities! You can even have your new car blessed by paying ¥5000! 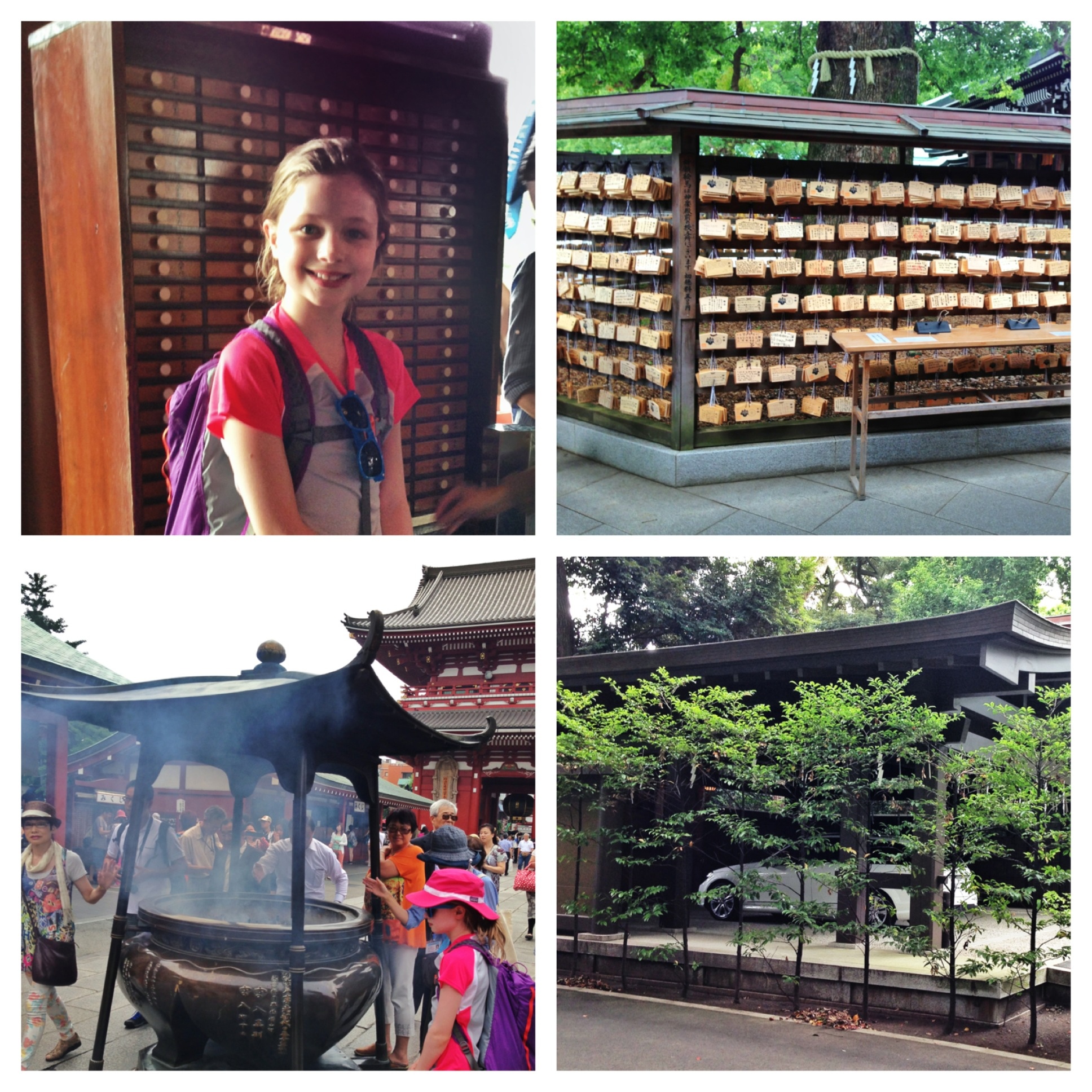 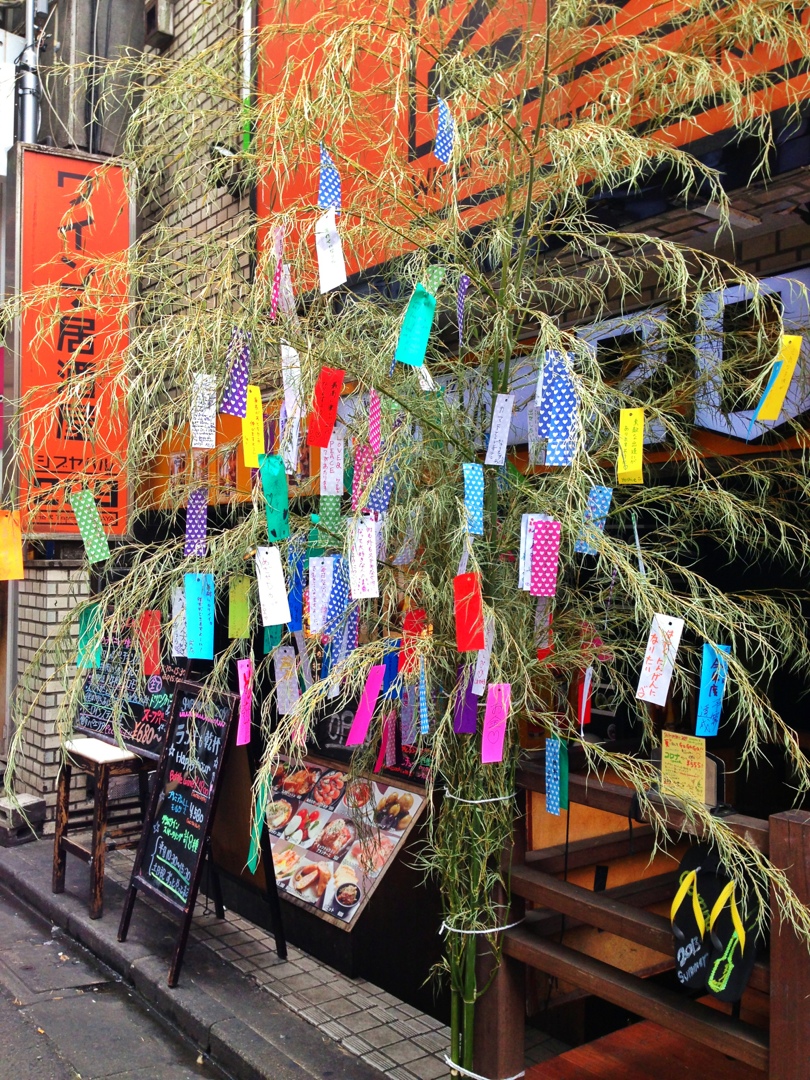 Our next stop was Shibuya Crossing. Hundreds of people criss-cross across the busy intersection during rush hour. While this is not the famous Akihabara with bright lights, big city, it’s close. 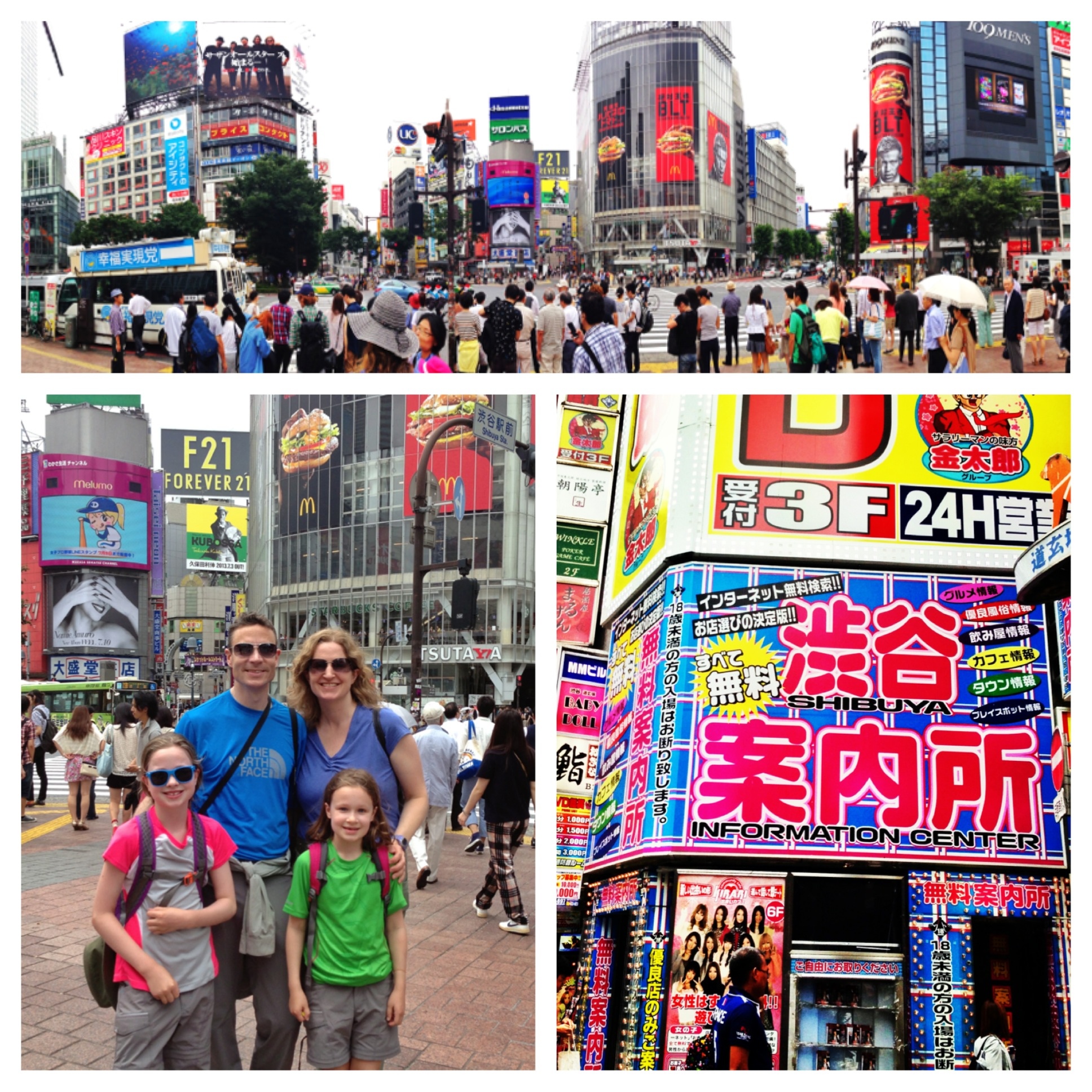 We had lunch at UOBEI Genki Sushi Co. LTD, a modern take on the sushi boat delivery. It features several rows of bar seating with three tiers of conveyor belts above each one. Within minutes of placing our orders on the LCD screen in front of us, plates of sushi rolls and tempura shrimp soups zipped out and stopped in front of us. Fun for the whole family!Following lunch, it was off to see Meiji Jingu Shrine, named after Emperor Meiji, another Shinto temple. Barrels of Sake wrapped in straw are offerings to the deities. The gravel paths are well maintained and it is a peaceful walk around the grounds. 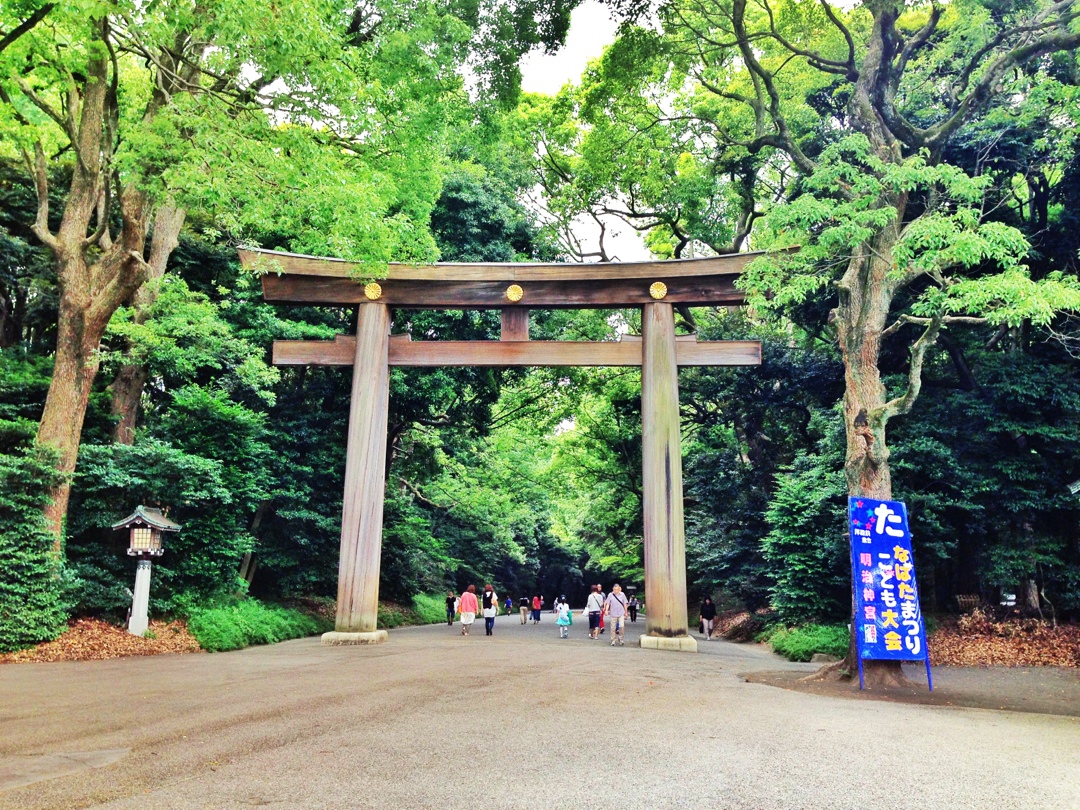 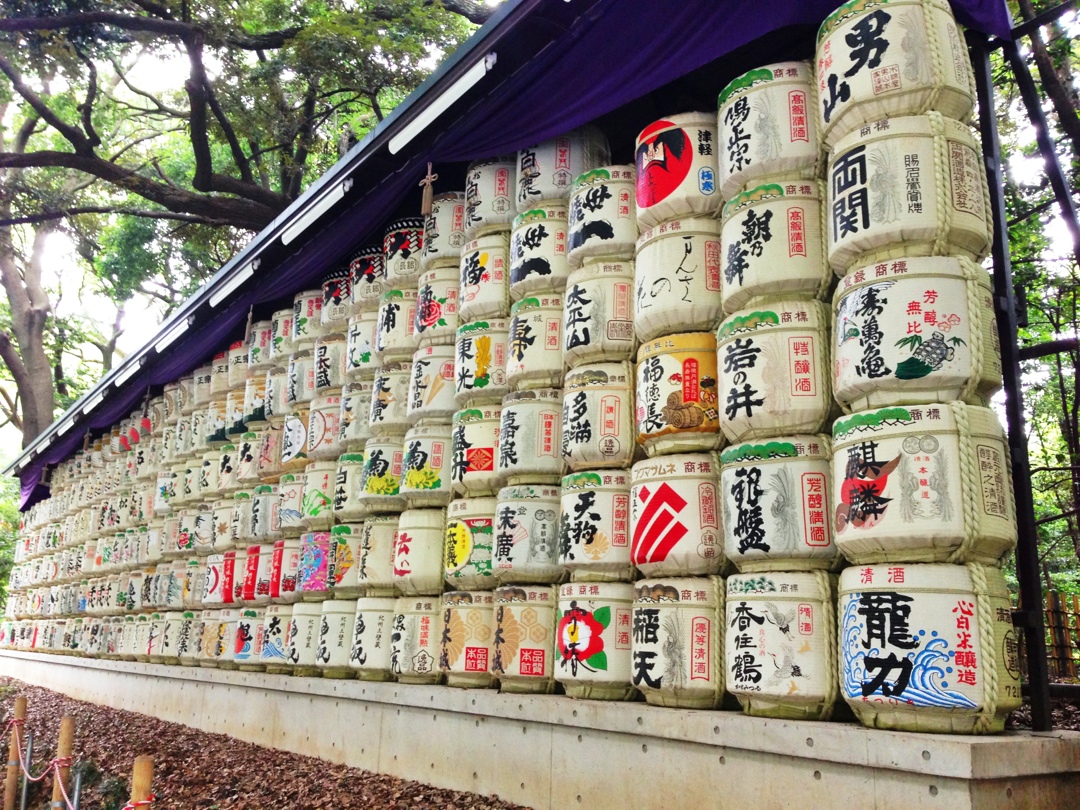 Near Meiji is Takeshita Shopping Street where Japanese teenage girls (and tourists) flock for fashion. Short shirts, platform Chuck Taylors and beautification photo booths that let girls photo-enhance themselves to smooth their skin and make their eyes rounder. Lady Gaga is said to have visited one of the stores here.

We were supposed to go to Shinjuku next, but the girls were more interested in the pool at the Peninsula, so we cut it short and headed back for a much needed swim.  Michiyo did a fantastic job of smoothly shuttling us around Tokyo, being open to change of plans, and answering any question we could come up with about Japanese culture.  A great tour adventure!

Our night was spent at Ninja Restaurant where there is a bit of intrigue, good food, and a bit of Magic! 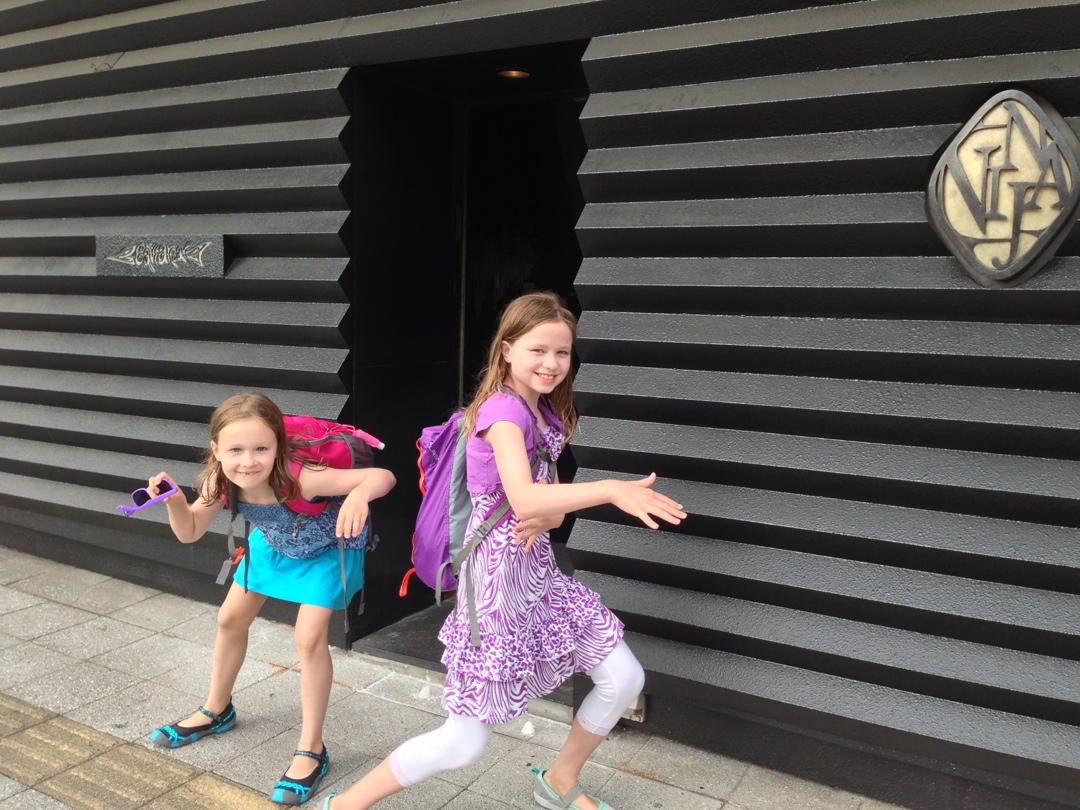 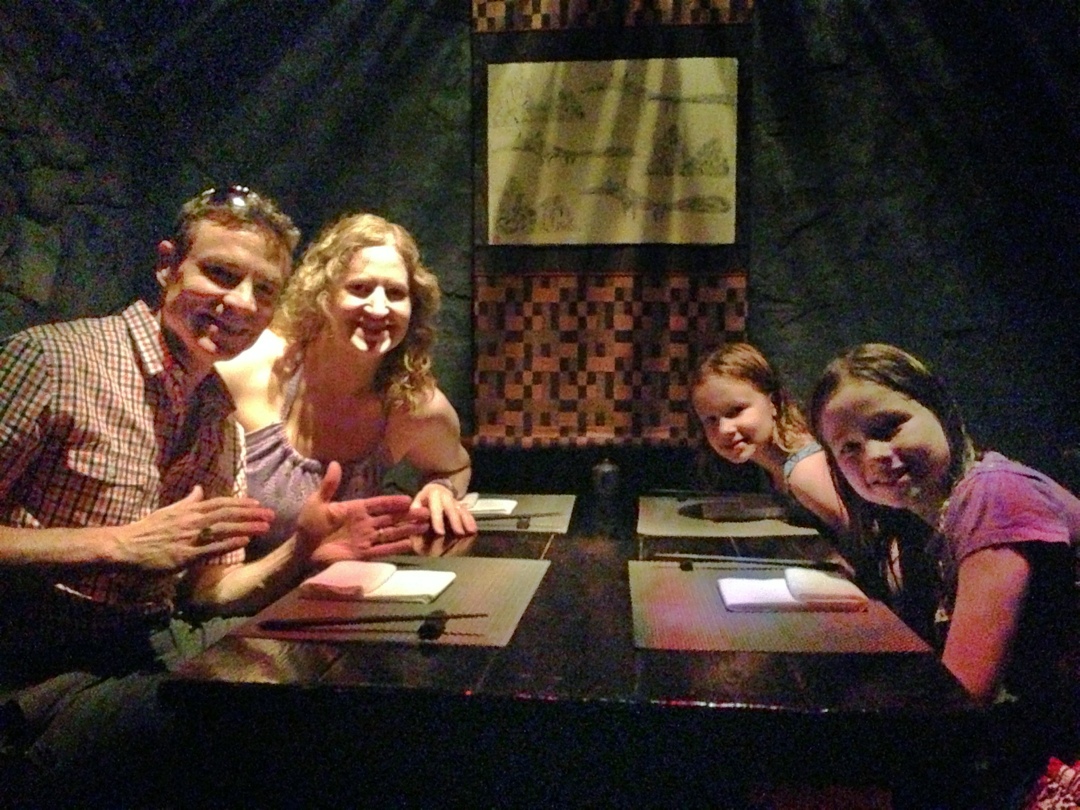 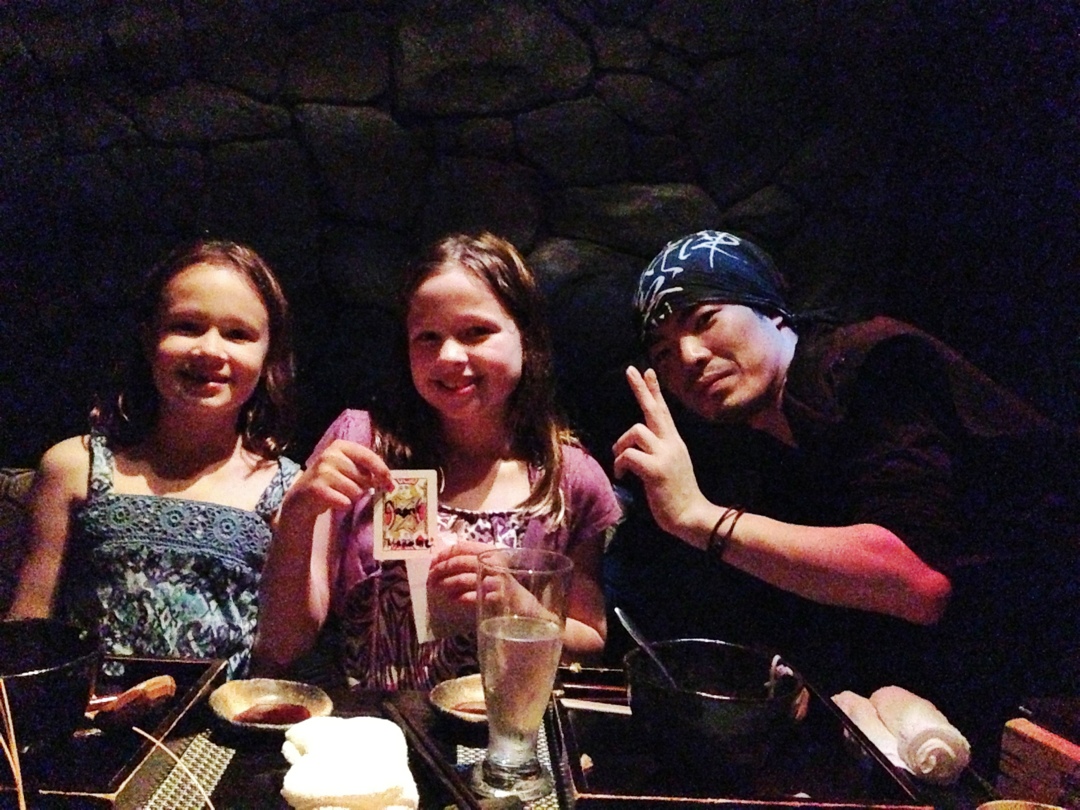 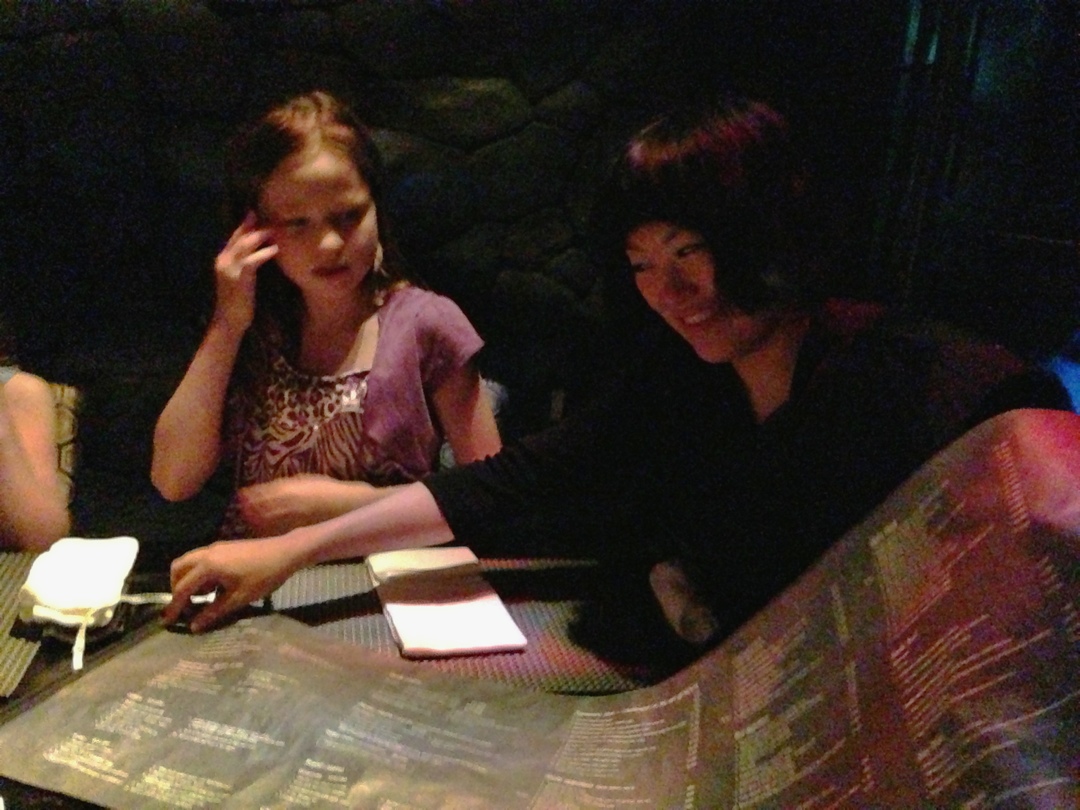